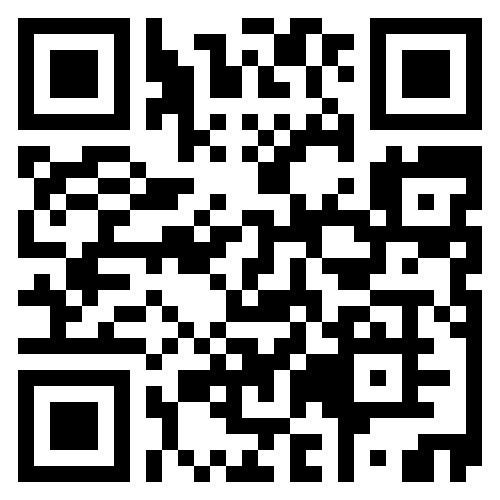 Prior to starting this workout, the athlete will need to mark a long, straight line on the floor and place the barbell on the center of that line.

If all work is completed prior to 15 minutes, the athlete will record the time completed and that will be their score for this workout. If an athlete does not complete all work within the 15 minute time cap, their workout is done and their score is the total number of repetitions completed.

Athletes must use a barbell with 18-inch plates. The burpees must be performed perpendicular to and

facing the barbell. Athletes may jump or step back to reach the bottom position. The center of the athlete’s chest must be on the line, and the feet and hands must be straddling the line. The athlete’s head must stay behind the barbell. Hands and feet must remain inside the width of the plates. Stepping and/or jumping back to the starting position are both permitted. The athlete MUST clearly jump over the barbell. Both feet must be off the ground as the athlete passes over the bar. Stepping over is NOT permitted. The athlete does NOT need to use a two-foot takeoff. Touching the barbell on the jump or step-over is a “no rep”. The rep is credited when both feet have touched the ground on the opposite side of the barbell. There is no requirement to land with both feet at the same time. The athlete must be perpendicular to and facing the barbell before starting the next rep. Athletes may not receive assistance moving or resetting their barbell unless safety is an immediate concern. If the athlete receives a “no rep” for any reason, the entire rep must be repeated

Each rep begins with the barbell racked on the front of the shoulders. At the top, the hips and knees must be fully extended. Any grip is permitted as long as the bar is in the front-rack position. At the bottom the hip crease must clearly pass below the top of the knee. A full squat clean is permitted to start the movement if standard depth is achieved, but not required. The rep is credited when the athlete returns to full standing lockout after depth is achieved.

If all work is completed beneath the 15 minute cap, the athlete’s score is the total elapsed time on the clock when the athlete completes the 10th round.

If the athlete does not finish all 10 rounds within the prescribed time, their workout is done. Their score will be the total number of repetitions completed before time expired.

For Teams, the score is the sum of the elapsed time on the clock. If one or more athletes do not finish within the time cap, the score will be the total number of repetitions completed by the team.

× Tape or line that bisects the barbell

× Collars to secure the plates on the barbell

× Plates to load to the appropriate weight for your divisioni

× Film the plates and barbell so the loads can be seen clearly.

× Clock must be in view and counting up through the entire workout. The athlete must record total elapsed time for tie breaks / finish time if workout is completed.

× Videos must be uncut and unedited to accurately display the performance.

× Shoot the video so all exercises can be seen clearly meeting the movement standards.

× Videos shot with a fisheye lens or similar lens may be rejected.

× Full Requirements and Guidelines for video submission can be found HERE.

Prior to starting the workout, mark two lines on the floor to designate the start/finish line for the wall walks. Measure from the wall to the edge of the tape that is CLOSEST to the wall. For women, the distance from the wall to the tape is 55 inches. For men, the distance is 60 inches. This first line will be the start and finish line for each repetition. Tape a second line that leaves 10 inches of space between the tape’s far edge and the wall.

The athlete’s score will be the total number of repetitions completed before the 12-minute time cap.

line and their chest, thighs, and feet touching the ground. Any part of the hand may make contact with the tape line.

The dumbbells may be held in any manner but must remain in control by the athlete until the rep is credited. The dumbbells may not intentionally make contact with the box or top of the legs to assist in the movement. Using only the feet, the athlete will then step up onto and over the box. Full extension at the top of the box is not required. Both feet do not have to make contact with the top of the box as long as the trailing leg goes over, not around, the top of the box. Swinging the opposite leg around the side is not allowed. The rep is counted once both feet have hit the ground on the opposite side with the dumbbell still in control.

Score will be the total number of repetitions completed before time expired.

× Tape to mark the floor for the wall walk

× (2) dumbbells of appropriate weight for the athlete’s division

× Box of appropriate height for the athlete’s division. The top of the box must be at least 15-by-15 inches

× Clock must be in view and counting up through the entire workout. The athlete must record total elapsed time if workout is completed

× Videos must be uncut and unedited to accurately display the performance

With an 18 min running clock:

With an 18 min running clock:

This workout consists of an 18 minute running clock.

Part B begins at the 8 minute mark with a barbell on the rack. Athletes will have a 10 minute working window to find a 3-rep-max overhead squat. Athletes may make as many or as few attempts as they’d like within the time cap. Athletes must declare the load they are attempting before starting to lift. After finishing the final lift, remove and film all plates used on the bar to verify the loading. The athlete’s score will be the load in kilograms of their heaviest successful set.

Athletes may use two barbells, one for Part A and one for Part B already loaded on the squat rack. During Part B, athletes may receive assistance loading their barbell. All attempts must be completed BEFORE the 10 minute time cap. Any attempt where the athlete is still in motion after the 10 minute cap will not count.

The workout ends when the 18 minute clock expires.

Each rep begins with a pass through or hang below the bar, with the arms fully extended and the feet off the ground. Kipping the muscle-up is acceptable, but pullovers, rolls to support and glide kips are not permitted. No portion of the foot may rise above the height of the bar during the kip. The rep is credited when the arms are fully locked out while the athlete is in the support position above the bar with the shoulders over or in front of the bar. Athletes must pass through some portion of a dip-to-lockout over the bar. Only the hands and no other part of the arm may touch the pull-up bar to assist the athlete in completing the rep. Once on top, the hands must stay in contact with the bar, and athletes must maintain support with their arms. Removing the hands and resting while on top of the bar is not allowed. Athletes may wear hand protection (gymnastics-style grips, gloves, etc.).

Every rep begins with the barbell on the ground. Any variation of a snatch or clean and jerk is acceptable. Touch and go is permitted, but deliberately bouncing the barbell is not. Dropping from overhead is OK, but the bar must settle on the ground before the next rep. The rep is credited when the barbell is at full lockout overhead, with the hips, knees, and arms fully extended and barbell is directly over or slightly behind the middle of the body. If a split-style lift is used, both feet must be brought back in line to finish the rep.

Collars must be placed outside the plates during all attempts. Athletes MUST declare the load they are attempting before starting to lift. Squat racks are permitted. Athletes may place the bar in the front or back rack and jerk the bar overhead before starting the descent of the lift. Athletes may NOT unrack the bar in the overhead position. A snatch balance is not permitted. Once the bar is in the overhead position, the athlete’s hip crease must pass below the tops of their knees at the bottom. The barbell must remain overhead until the lockout position is achieved. The rep is credited when the athlete’s hips, knees, and arms are fully extended and the bar is directly over or slightly behind the middle of the body. If any part of the athlete’s body other than their hands makes contact with the bar, the rep will not count. All 3 reps must be successfully completed before the athlete re-racks or drops the bar.  After finishing the final lift, remove and film all plates used on the bar to verify loading. Athletes may use knee sleeves, but wraps are NOTpermitted. Athletes MAY have assistance returning the bar to the rack in the event of a failed lift.

This workout consists of an 18 minute running clock. This workout will have two separate scores.

Score for Part B will be the best successfully completed 3 rep overhead squat in kilograms.

There is no tie break for this workout.

For Part A for Teams, the score is the sum of the elapsed time on the clock. If one or more athletes do not finish within the time cap, the score will be the total number of repetitions completed by the team.

For Part B for Teams, the score is the sum of the best successfully completed 3 rep overhead squat in kilograms.

× Collars to secure the plates on the barbell

× Clock must be in view and counting up through the entire workout. The athlete must record total elapsed time if workout is completed

× Videos must be uncut and unedited to accurately display the performance

VIDEO GUIDELINES
We use cookies 💪 on our website to give you the most relevant experience by remembering your preferences and repeat visits. Clicking Accept, you accept the use of allcookies.
Cookie preferencesAccept
Show again

This website uses cookies to improve your experience while you navigate through the website. Out of these, the cookies that are categorized as necessary are stored on your browser as they are essential for the working of basic functionalities of the website. We also use third-party cookies that help us analyze and understand how you use this website. These cookies will be stored in your browser only with your consent. You also have the option to opt-out of these cookies. But opting out of some of these cookies may affect your browsing experience.
Necessary Always Enabled
Necessary cookies are absolutely essential for the website to function properly. These cookies ensure basic functionalities and security features of the website, anonymously.
Functional
Functional cookies help to perform certain functionalities like sharing the content of the website on social media platforms, collect feedbacks, and other third-party features.
Performance
Performance cookies are used to understand and analyze the key performance indexes of the website which helps in delivering a better user experience for the visitors.
Analytics
Analytical cookies are used to understand how visitors interact with the website. These cookies help provide information on metrics the number of visitors, bounce rate, traffic source, etc.
Advertisement
Advertisement cookies are used to provide visitors with relevant ads and marketing campaigns. These cookies track visitors across websites and collect information to provide customized ads.
Others
Other uncategorized cookies are those that are being analyzed and have not been classified into a category as yet.
SAVE & ACCEPT